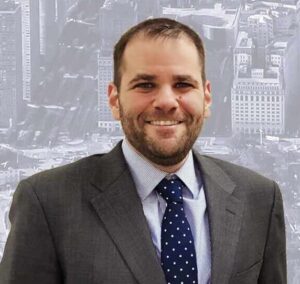 Prior to joining Hollander Legal Group, P.C. as Senior Counsel, Mr. Kaufman was a partner at a mid-size litigation firm where he helped to oversee the Complex Litigation Group. He has successfully litigated actions against fraudulently incorporated No-Fault clinics, resulting in the recovery and savings of millions of dollars for insurance carriers.

Brian was admitted to practice in the State of New York in 2009, and the United States District Court for the Eastern and Southern Districts in 2009. He is a member of the American Bar Association and the New York State Bar Association.

He received his Juris Doctor Degree from Suffolk University School of Law located in Boston, Massachusetts in 2008. While a student at Suffolk, Mr. Kaufman was recognized for his Legal Writing and Oral Advocacy Skills. He received his Bachelor of Arts Degree in Political Science from The George Washington University in 2005.