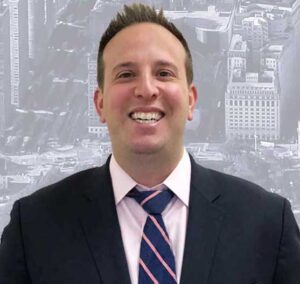 Allan S. Hollander is the President of Hollander Legal Group, P.C., and has been recognized as a leader in his field. He was named a Super Lawyer “Rising Star” in the Metro New York area in Insurance Coverage in 2014, 2015, and 2017.  He was selected as a Top Attorney of North America in the 2015-2016 edition of the Who’s Who Directory. Mr. Hollander has conducted multiple trials in defense litigation involving insurance fraud, premises liability, vehicular negligence, uninsured and underinsured motorist coverage, property damage, coverage analysis, and No-Fault.

Mr. Hollander has an extensive background in conducting examinations under oath for medical provider investigations, uninsured motorist claims, property damage claims, and general insurance coverage. He has successfully represented clients in declaratory judgment actions and in affirmative litigation seeking to recoup No-Fault monies paid to fraudulently incorporated No-Fault medical providers. He has been a guest lecturer at the National Insurance Crime Bureau, and routinely lectures at many national insurance companies.

Prior to founding Hollander Legal Group, P.C., Allan S. Hollander was a partner at a mid-sized litigation firm where he managed the accounts of multiple insurance carriers.

He received a J.D. from the Touro Law Center in 2006 and a B.A in Political Science and Communications from the University of Pittsburgh in 2003.