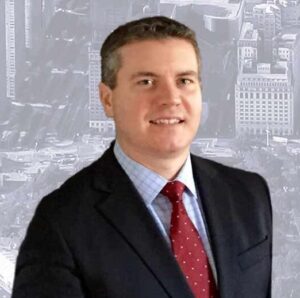 Prior to becoming a criminal defense attorney, Mr. Ring served for almost a decade as a prosecutor in the Brooklyn District Attorney’s Office.  During his last 3 years as a prosecutor, he served as a Deputy Bureau Chief in the prestigious Rackets Division (Organized Crime/Major Frauds Units). While a prosecutor his focus was in the areas of racketeering, white-collar crime, and complicated financial frauds.  Among the many crimes he prosecuted were Enterprise Corruption, Money Laundering, Extortion, Embezzlement, Homicide, Arson, and Narcotics and Firearms Trafficking. He also oversaw long-term investigations that used court-authorized wiretaps, electronic bugs, and computer intercepts to infiltrate and prosecute criminal organizations.

Mr. Ring was previously appointed as a Special Assistant United States Attorney for the U.S. Attorney’s Office in the Southern District of Florida in a R.I.C.O prosecution of the violent criminal enterprise known as, “The Corporation.”  This case culminated in a six-month trial in the Miami Federal Courthouse that ended with life sentences for the leaders of The Corporation.

Mr. Ring was also appointed as a Special Assistant United States Attorney for the U.S. Attorney’s Office in the Eastern District of New York in a R.I.C.O. prosecution of members of “La Cosa Nostra.”  This prosecution ended with lengthy prison sentences for numerous defendants.

He represents clients in both New York State and Federal Courts, using his years of litigation experience to defend their rights.  He has been involved in many high-profile criminal matters and appeared in various media outlets. Mr. Ring also tries motor vehicle accident and premises liability cases.