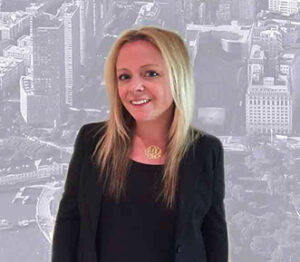 Lindsay A. Padover’s practice includes the defense of No Fault insurance claims with a particular emphasis on litigating declaratory actions on behalf of insurance carriers. Ms. Padover, regularly conducts examinations under oath of insureds and eligible injured parties suspected to have engaged in fraudulent insurance schemes.

Prior to joining Hollander Legal Group, Lindsay was a Partner at a mid-sized litigation firm where she gained extensive experience representing insurance carriers in all aspects of No-Fault litigation. Lindsay has successfully litigated cases in the Civil and Supreme Courts of New York City, handling cases from responsive pleadings through trial. She has conducted numerous examinations under oath of insureds regarding policy procurement misrepresentations, analyzing fraudulent claims and investigating exaggerated medical treatment in order to provide legal analysis and coverage opinions to clients.

Lindsay began her career as an Assistant District Attorney at the Kings County District Attorney’s Office. During her years as a prosecutor, Lindsay indicted over one hundred cases in the grand jury based on charges of attempted murder, assault, robbery, burglary, grand larceny, bribery, firearms possession, driving while intoxicated, as well as narcotics sale and possession. Lindsay also prosecuted felony jury trials as lead prosecutor and second chair.

Lindsay was admitted to practice in the State of New York in 2009. While in law school, Lindsay served as an Executive Editor of the Moot Court Association and received a multitude of awards and recognitions for her skills in written and oral advocacy.