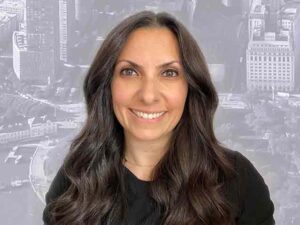 Rachel Nicole Dell’Amore is Of Counsel to the Hollander Legal Group, P.C., where she focuses her practice on insurance-related claims and personal injury matters. Upon commencing her legal career, Mrs. Dell’Amore was involved in the litigation of a multitude of personal injury claims, including slip/trip and falls, construction and automobile accidents, nursing home and hospital neglect, and medical malpractice. Thereafter, Mrs. Dell’Amore broadened her legal expertise to include that of insurance defense litigation. Having worked extensively in the representation of both plaintiffs and insurance companies, Mrs. Dell’Amore was able to hone her litigation skills, including presenting oral argument, conducting and defending depositions, and the preparation of dispositive motions.