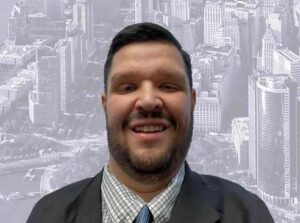 Prior to joining Hollander Legal Group, P.C., Robert was an associate at a mid-sized litigation firm where he gained extensive experience in No-Fault litigation.  He appeared in Civil and Supreme Court throughout Long Island and New York City for motions and conferences.  In addition, he appeared regularly for arbitrations and conducted examinations under oath on behalf of different insurance companies.

Robert is also admitted to practice in Connecticut, where as a sole practitioner he represented clients throughout the state in civil, family, and criminal matters before returning to New York where he is from.  Before being a sole practitioner in Connecticut, he worked for the State of Connecticut Judicial Branch as both a clerk and caseflow coordinator that allowed him to gain valuable insight into the judicial process by working directly with the judges assigned to the civil division of the Stamford Superior Court.